caleb loving to be outside is an understatement.  we took him to a local park with a splash area for kids and he just hammed it up.  he watched the kids running in and out out the jets and various water shooters.  caleb would get a little closer and then run away, it was so cute.  a little boy came over and wanted to be his friends by taking his hand and trying to lead him in his direction.  he is getting to be such a social little boy but at the same time he is very observant and careful which is awesome!

Some older kid almost got a kick in the pants because he was so bossy and kept telling me that caleb could not go down the slide and he even tried to stop him!  oh mama bear came out and so did papa bear.  of course his parents were nowhere to be seen. 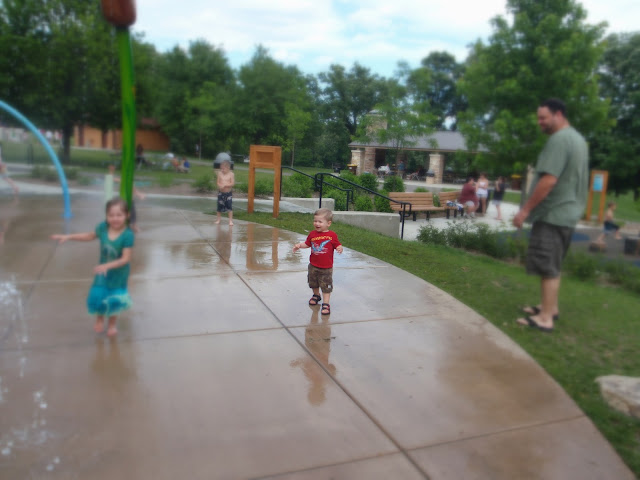 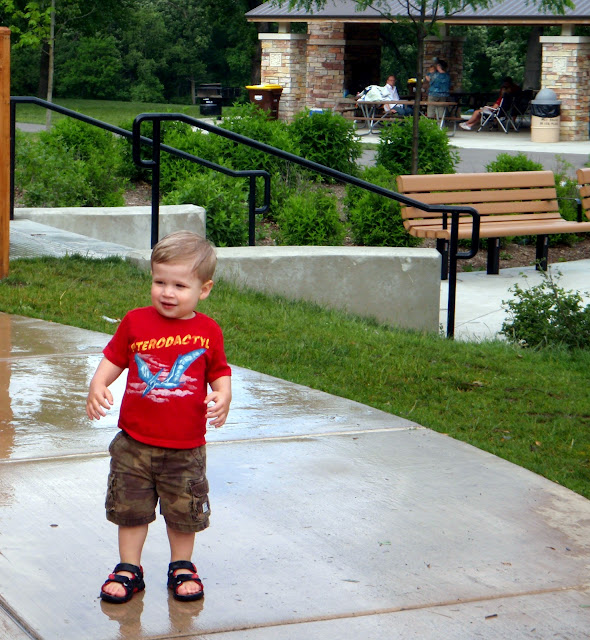 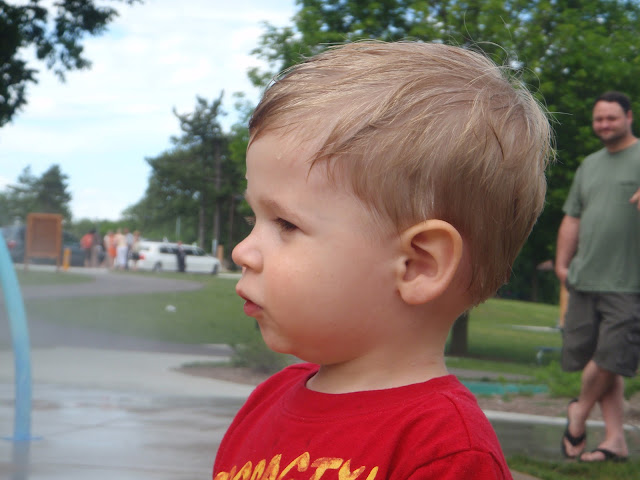 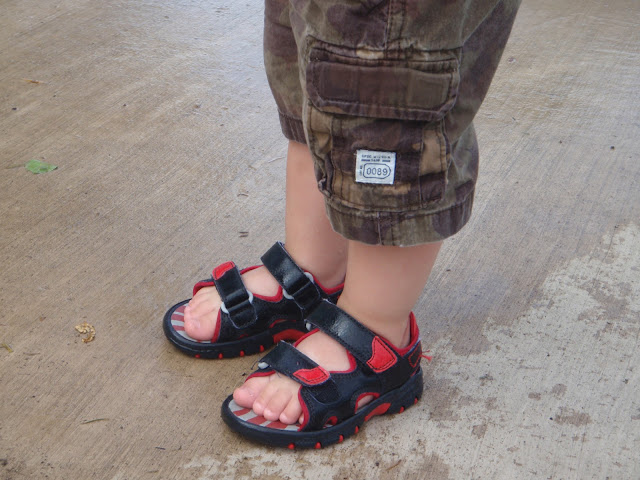 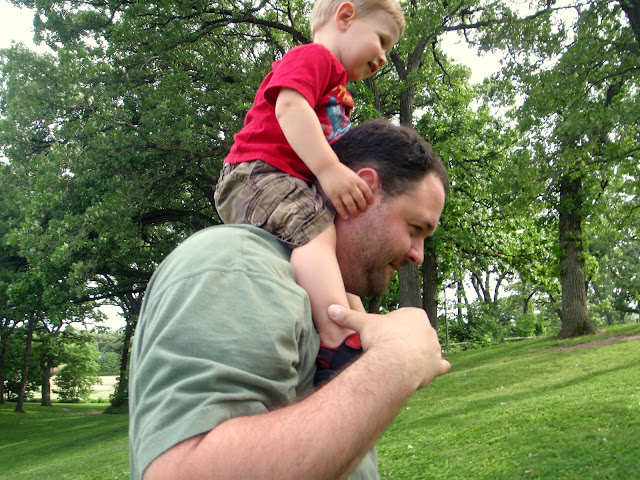 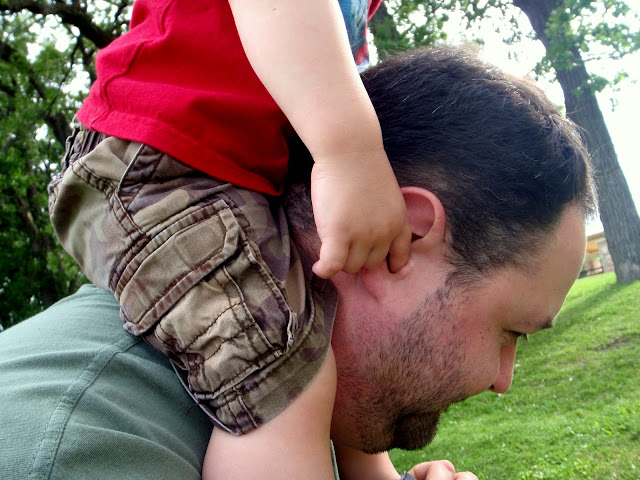 great way to hold onto dada.

Sabina
hi, i'm sabina. i'm married to my dream guy brian. our son caleb has given me a renewed purpose in this life that i am still discovering. i love God, chocolate, make-up, fashion, and sushi. i am proudly polish, love my family to bits, and a big dreamer. i blog to never forget these great moments called life.